Effective spectacle options for myopia control have finally arrived. They are well tolerated and have very little effect on vision. 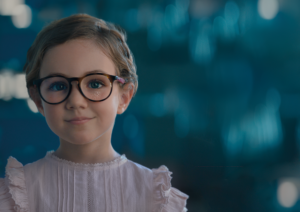 Myopia control with spectacles has a 60-year history, beginning with bifocals.1 Unfortunately, there have been multiple false dawns regarding effective treatment options.

PALs Have Low Efficacy
Twenty years ago, a study suggested that progressive addition spectacle lenses (PALs) slowed myopia by 0.50D or more over two years.2 Unfortunately, this was not borne out by three randomized clinical trials that, collectively, enrolled over 800 children.3-5  The largest found a three-year reduction in progression of 0.20D with PALs compared to single vision lenses in U.S. children (COMET Study) — statistically significant but clinically irrelevant.4 Also, virtually all of the effect was observed in the first year. The trial was repeated in myopic children with high accommodative lag and esophoria.6 The mean three-year treatment benefit of PALs was less than 0.30D and, like the original COMET study, was clinically unimportant.

New Technology with Limited Success
Newer spectacle lens technology has shown mixed success. Lenses designed to reduce peripheral hyperopic defocus — essentially concentric PALs — were evaluated.9,10 No differences were observed in the rates of progression with the novel designs compared to single vision lenses. One of the lenses was commercialized (MyoVision, Carl Zeiss) and evaluated in younger children with at least one myopic parent.10 The mean two-year progression in the MyoVision group (-1.43D) was no different from that in the control group (-1.39D).

Recent Breakthroughs
Greater success was recently reported with Defocus Incorporated Multiple Segments (DIMS) spectacle lenses developed at the Hong Kong Polytechnic University.11 This design comprises a 9mm central optical zone and a 33mm annular zone with multiple 1mm segments having a relative positive power of +3.50D. Close inspection is required to see the lenslets. Among the 160 children completing a two-year trial, the mean myopic progression was -0.41D in the DIMS group and -0.85D in the control group. The myopia control effect of the DIMS lenses was more significant in older children. These lenses are now marketed in parts of the world by Hoya as the MiyoSmart lens.

Other novel designs from SightGlass Vision are in clinical trials (ClinicalTrials.gov Identifier: NCT03623074). These lenses use Diffusion Optics Technology specifically designed to reduce retinal contrast signaling through the incorporation of thousands of light-scattering elements. The underlying hypothesis is that high amounts of contrast detected by the retina may lead to axial elongation and myopia.

Myopia control technology has been further advanced using spectacle lenses with highly aspherical lenslets (HAL).12 The geometry of the aspherical lenslets (1.1mm in diameter) generates a volume of myopic defocus from 1.2mm to 1.9mm in front of the retina. The contiguous lenslets are arranged in 11 concentric rings centered around a 9mm-diameter clear central zone. The one-year efficacy of the HAL lenses was compared to single vision lenses in a randomized clinical trial (54 children assigned to the HAL lenses group and 52 in the SVL group). The mean progression in the single vision group was -0.81D, while children wearing the HAL lenses progressed by only -0.27D. Interestingly, progression was faster in younger participants wearing single vision lenses, but age did not influence rate of progression in the HAL wearers. Two-year results confirm the high efficacy of the HAL lenses with slowing of progression by 0.80D and axial elongation by 0.35mm.13  The lenses were well tolerated by wearers. The Essilor Stellest lens is based on the same technology as the HAL prototype.

New Designs Have Limited Effect on Vision
A legitimate concern is the vision of children wearing these new lens designs. Distance visual acuity and contrast sensitivity were measured in a large group of myopic children wearing HAL, DIMS, and single vision lenses.14 Measurements were made with subjects viewing only through the lenslets zone. The HAL lenses had a significantly lower impact on VA and contrast sensitivity than the DIMS lenses.

The impact of the HAL design on vision was evaluated further in a recent publication.15 Visual acuity and reading speed were measured for high and low (10%) contrast letters for foveal fixation through the peripheral portion. There was no significant change at high contrasts compared to a single vision control, but at low contrasts, visual acuity and reading speed were slightly changed. Of course, wearers would not be trying to read such low contrast materials. The impact of the lenslets on peripheral vision was also assessed while subjects fixated through the center of the lens. The HAL design did not affect peripheral motion perception or useful field of view (a test of visual attention).

A Bright Future
Effective spectacle options for myopia control have finally arrived. They are well tolerated and have very little effect on vision. 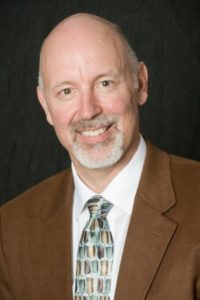 Mark Bullimore, MCOptom, PhD, FAAO, is an internationally renowned scientist, speaker, and educator based in Boulder, Colorado. He received his Optometry degree and PhD in Vision Science from Aston University in Birmingham, England. He spent most of his career at the Ohio State University and the University of California at Berkeley and is now Adjunct Professor at the University of Houston.

This article is sponsored by Essilor.