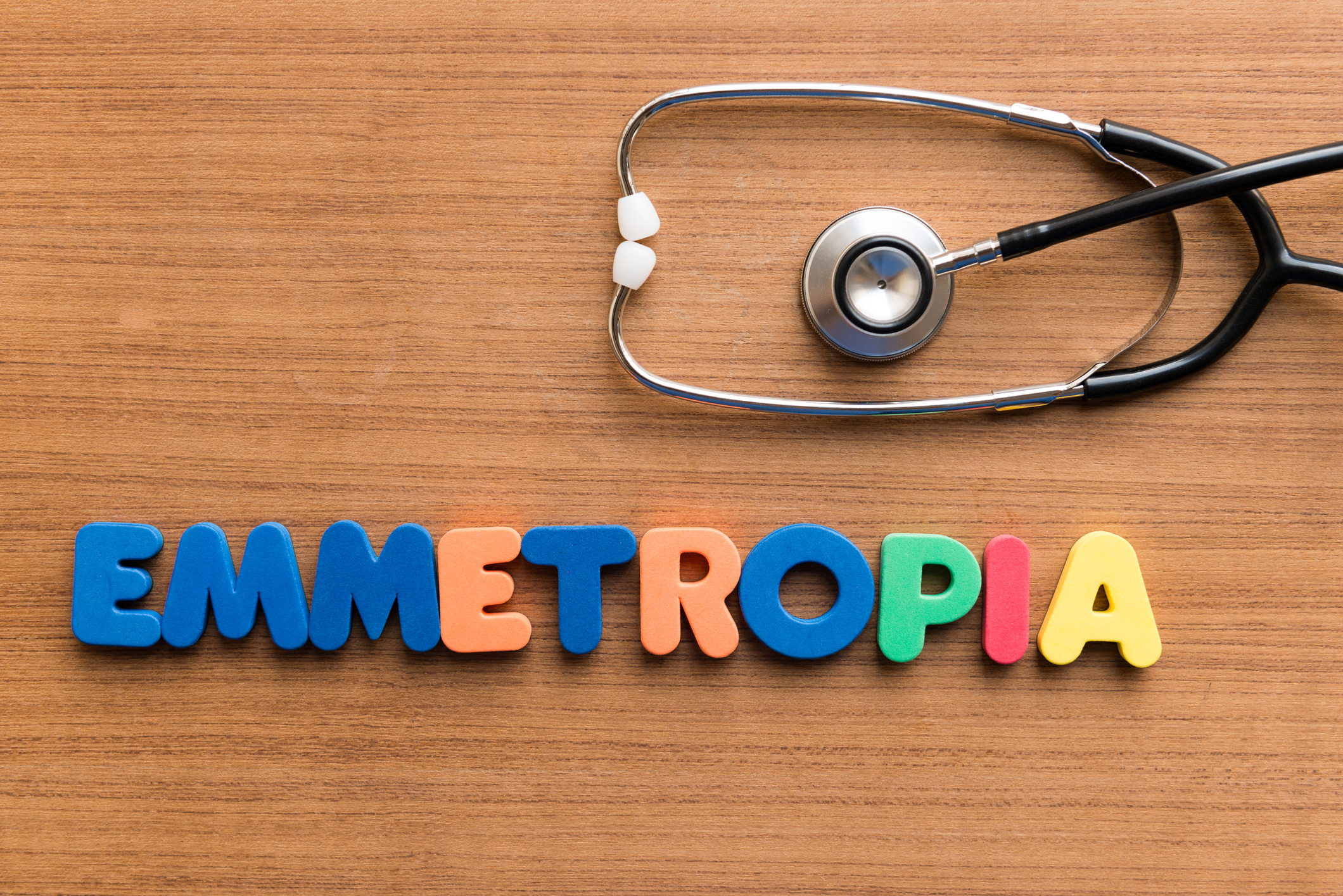 Emmetropization is an important process of refractive development where optical defocus guides the growth of the eye so that there is no refractive error.1,2 The feedback mechanism requires the eye to distinguish between myopic defocus (where the optical image is formed in front of the retina) and hyperopic defocus to direct eye growth appropriately. If the eye can distinguish between the sign of defocus then undercorrection should result in slower or no eye growth, whereas if it is defective, then any defocus may result in axial elongation. Data from animal studies show that when the primate emmetropic eye is deprived of form vision by degrading the optical image, it becomes myopic3,4, and replacing with an undegraded image restores emmetropia.

In the single masked, randomized two-year controlled clinical trial by Chung et al. 2002, under correction increased the rate of myopia progression in myopic children, and therefore supports the idea that the emmetropization mechanism is defective in detecting blur.

The graphics below show the mean changes in refractive error and in axial length for the undercorrected group (filled symbols) and the fully corrected group (open symbols) over the two-year period of the study. 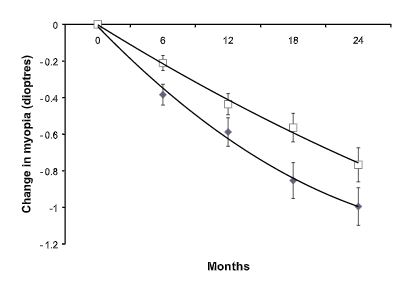 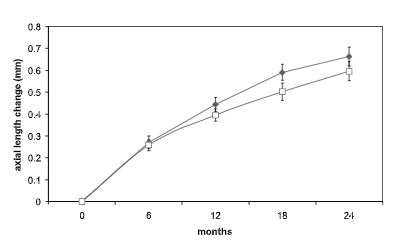 These results are supported by previous assumptions that myopia is caused by a malfunction of the sign detection mechanism in emmetropization rather than by a zero-point error.5,6 The possible underlying mechanisms that could explain these results include accommodation responses and other aspects of the optical performance of myopic eyes. Although myopes accommodate near normally to proximal targets, they fail to respond appropriately to minus lenses, possibly indicating the lack of a defocus detection mechanism operating in at least one direction of defocus.7 Moreover, many myopic eyes have more severe axial aberrations than normal, and where aberrations in myopic eyes are relatively normal for distance viewing, they may show increasing aberrations with accommodation.8 However, a similar study conducted in 1965 that suggested that the mean change in refractive error is significantly reduced in the undercorrected group as compared to the full-time fully corrected group.9 This earlier study was reviewed, and the data were stated as flawed.10

Undercorrection of myopia enhances rather than inhibits myopia progression.

The effect of myopic defocus on myopia progression was assessed in a two-year prospective study on 94 myopes aged 9-14 years, randomly allocated to an undercorrected group or a fully corrected control group. The 47 experimental subjects were blurred by approximately +0.75 D (blurring VA to 6/12), while the controls were fully corrected. Undercorrection produced more rapid myopia progression and axial elongation (ANOVA, F(1,374)=14.32, p<0.01). Contrary to animal studies, myopic defocus speeds up myopia development in already myopic humans. Myopia could be caused by a failure to detect the direction of defocus rather than by a mechanism exhibiting a zero-point error.