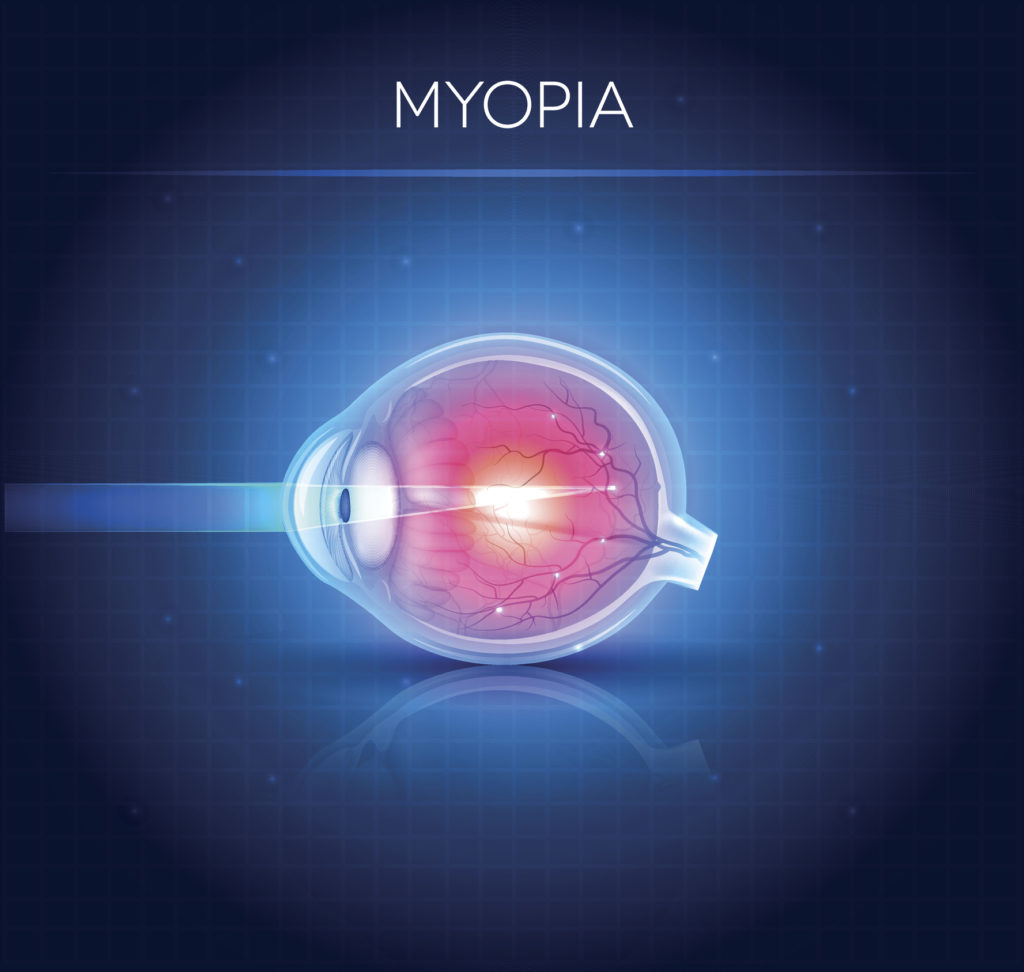 Myopia is a growing worldwide concern attracting much research into understanding the etiology and mechanism of progression, as well as in developing measures to control the progression. This article examines commonly held beliefs about the onset and progression of myopia and the strength of the “evidence-base” around these beliefs. The quality of evidence determines its ranking; level one is attributed to meta-analysis or masked, randomized control trials, and level three to case reports or nonanalytic studies.

The first common belief reviewed in the article was “Low dose 0.01% atropine slows myopia progression”. Studies on atropine for the treatment of myopia (ATOM 1 and 2) reported 0.01% to be the chosen concentration to treat myopia; recent reports in journals support this assertion. However, it is axial length, rather than the absolute refractive error that leads to complications in high myopia and in ATOM2, change in axial length with 0.01% atropine was not appreciably less than the axial length change in the historical control group. A further two studies showed no significant impact of 0.01% atropine, while other studies are in the midst of comparing its usefulness as an adjunct therapy.

The second common belief that was addressed was “relative peripheral hyperopia leads to myopia development and progression in children.” The authors presented arguments that this belief is supported in animal studies, but limited human data exists to support the proposition. The various reports do not indicate reliably that peripheral hyperopia can predict myopia onset or progression. In fact, it may be hypothesized that changes in peripheral refraction are a result of rather than a cause of myopia shift. Additionally, in all the reported studies, peripheral refraction was measured with cycloplegia and without correction in place. As myopia is closely associated with near work, conducting measurements at close distances without cycloplegia, with and without correction (as myopic kids perform near work with and without) might be a better alternative. More information is required to elucidate and validate this belief.

The belief that “Percentage treatment effect remains constant with continuing treatment” is used in myopia prediction tools. The authors claim this is problematic as there are no data to support the proposition that treatment benefits in a particular trial period can be relied on over longer periods of treatment. The second problem associated with the reporting of the “percentage treatment effect” is associated with the presumption that the same effect applies to all individuals across the progression rate.

Despite a lot of press about the belief that “hand-held digital devices contribute to the myopia epidemic,” there are no specific studies that considered such devices. The studies available report on near work with computer use or video games and these lack substantial data. The authors report that although this common belief seems intuitive, a deeper look into this belief shows otherwise (including the timing of the introduction of hand-held devices not tallying with the largest increase in myopia prevalence, the level of defocus over the optical field with a hand-held device and/or their entertainment value).

One of the most prevalent beliefs underpinned by a wealth of investigation into the effect of time spent outdoors and myopia incidence is that “More time outdoors slows myopia progression.” The authors suggest that studies of rebound would be greatly beneficial. Studies into time spent outside and myopia progression are few and limited in their conclusions as there were limitations; few studies recorded only visual acuity, a portion of the myopic population received atropine treatment in another study, and another confounded by the assignation of behavioral changes. A recent prospective, randomized controlled trial did show that myopia progression can be slowed down by more time outdoors, finding a reduction of 29.1% in refractive progression and 25% in axial elongation between myopes and the control group.

The effect of time spent outdoors led to the belief that “the impact of outdoor activity on myopia incidence is due to daylight,” whether it be higher light levels outdoors or the difference in spectral intensity. This belief is supported by various animal studies, but the difficulty in proving it in humans is the inability to isolate the effect of either retinal focus or light. The authors reviewed these studies and concluded that current knowledge cannot justify daylight as the main factor here.

The belief that “Sub classifications for myopia are effective” was examined by reviewing the different classification systems used for myopia; physiological and pathological, and low, medium and severe. The first of these may be problematic if one believes there no safe level of myopia (as claimed by Flitcroft). Although the risk of disease complication rises exponentially with the degree of refractive error, there are no indications as to which individuals will develop complications. The second sub-classification is problematic as defining a threshold for high myopia remains a complicated task with definitions varying between studies.

The belief that “myopia is a condition with a negative dioptric number” is problematic as there are many studies showing that the biological processes underlying the onset of myopia occur while the refractive error of the child is still slightly hypermetropic.

The authors do not intend to discourage practitioners from using the documented methods to control myopia, but rather, their aim was to provide practitioners with information to make educated decisions and further deliver that information to their patients. The authors further suggest the need for more rigorous clinical trials and recommend for these to always relate axial elongation and myopia progression.

Purpose: To subject a number of commonly held beliefs or areas of confusion in the myopia field to scientific scrutiny.

Method: A collection of statements about myopia are provided with references to demonstrate that a section of the research or clinical community supports the statement. The topics under discussion are reviewed critically with reference to the literature.

Conclusion: There are many hypotheses proposed to explain phenomena in the myopia field. Caution should be exercised in adopting conjecture until a robust evidence base is provided in support.