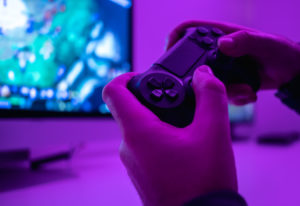 To teach parents about the importance of managing myopia in children, the Global Myopia Awareness Coalition is turning to an influential group: parenting and gaming influencers.

The new initiative, dubbed #GameOverMyopia, enlists parenting and gaming influencers to spread awareness about myopia through gaming, both on digital screens and recreated in real life (IRL).

Four well-known parenting influencers will be bringing their kids’ favorite games to life by recreating them in their house or backyard and encouraging parents to be more aware about their kid’s screen usage and how it relates to myopia. Two popular gamers, including the mega-gamer Ninja, will spread awareness about myopia within their online video streams. The influencers will be relaying GMAC messaging in a fun way through YouTube and Instagram TV (IGTV) videos, in addition to various social media posts across Instagram, Facebook, Twitter and TikTok.

Content will be shared on the six influencers’ respective owned channels, which collectively have more than 86 million followers and reach audiences inside and outside of the United States. All influencers will post at least one video on YouTube or IGTV, accompanied by various social posts on the channels listed above.

This is GMAC’s second social media campaign. The first, the #VisionMission Influencer Campaign, launched in December 2019 and ran for four months. It included 10 “social media parents” who described their experiences taking their children to see an eye care practitioner.

GMAC was formed in January 2019 and is comprised of more than a dozen companies and healthcare associations. Its goal is to publicize the rising incidence of myopia and the long-term risks, along with new treatment options.