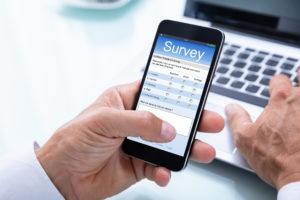 SAN RAMON, Calif. – One in four children in the United States is myopic1, but according to The Harris Poll survey results released today by CooperVision, only 33% of parents know what that term means2, or how it can affect their children’s future eyesight. The survey was conducted among eye care professionals, including 155 optometrists and 158 ophthalmologists, and 1,005 parents with children between 8-15 years old regarding their knowledge of myopia.

Myopia, also known as nearsightedness, occurs when the eyeball is too long, relative to the focusing power of the cornea and lens of the eye. This causes light rays to focus at a point in front of the retina, rather than directly on its surface. Generally, myopia first occurs in school-age children and progresses until about age 20.

Two-thirds of eye care professionals (66%) have seen an increase in the prevalence of pediatric myopia in their practice over the last 5-10 years3, which aligns with data from the American Optometric Association (AOA), showing myopia has become increasingly prevalent in recent years, with an increase of 25% in the past 40 years. Around one quarter of parents (26%) have a nearsighted child, and about three quarters of those children were diagnosed between the ages of 3 and 121. But even though this condition is increasing, and the severity is getting worse, there are many misunderstandings surrounding myopia, what it is and why it is important for children to have their eyesight checked regularly by an eye care professional.

“I am not surprised that 48% of parents noted they know less about their children’s eye health than they should2,” says Dr. Rupa K. Wong, a board certified pediatric ophthalmologist. “I have diagnosed an increasing number of children with myopia in the past 5-10 years, and my patients’ parents are often surprised with the diagnosis. With the help of yearly eye exams, the condition can be diagnosed and treated to avoid more severe eye problems later in life3 by slowing the progression.”

“We know there is a lot of confusion about the significance of myopia, how it progresses and how to treat it,” says Dr. Michele Andrews, Senior Director, North America Professional and Academic Affairs at CooperVision. “So it comes as no surprise that while 65% of parents claimed they were somewhat or very knowledgeable of myopia2, only one in three were able to identify myopia as nearsightedness2. There clearly needs to be more education about what childhood myopia is and why it is important to diagnose it early.”

More highlights from the survey include:

This survey was conducted online within the United States by The Harris Poll on behalf of CooperVision from June 27 to July 18, 2019 among 313 licensed eye care professionals, including 155 optometrists and 158 ophthalmologists who see at least 1 child age 8-15 with myopia each month, and 1,005 parents with children between 8-15 years old. Parent data were weighted by age, gender, education, race/ethnicity, region, income, household size, marital status, and employment status to be representative of the total population of US adults 18+ who are parents of a child age 8-15. Propensity score weighting was also used to adjust for respondents’ propensity to be online. Optometrist and ophthalmologist data were weighted by gender, years in practice, and region and a post-weight was applied to the total data to reflect the proportions of optometrists and ophthalmologists within the U.S. ECP population.

The comprehensive study from CooperVision and Harris includes additional information on topics such as the positive role outside plays in a child’s eye health, treatment awareness and vision correction tactics. To learn more, visit https://coopervision.com/protect-kids-vision. To access the full survey results, please contact [email protected]