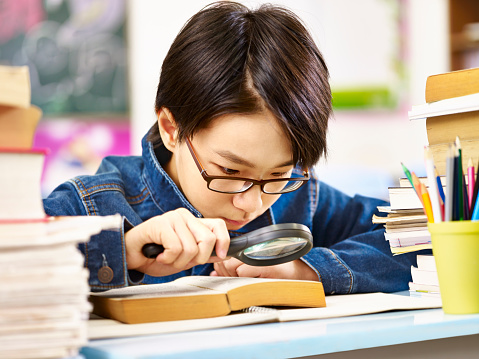 The debate on the role of ‘nature versus nurture’ in the aetiology of myopia has been ongoing for many decades but the exact role of genetic versus environmental components remains far from settled.

In this recently published review, Morgan and Rose(1) continue the debate by mapping the history of the debate, explaining the limitations of interpretations around genetic involvement and finally propose that myopia is a heterogeneous condition with many aetiological variants, with the relative contribution and interaction between genetic and environmental factors varying between each form.

On the subject of the “nature versus nurture” debate, the authors report the earliest record of the debate to have appeared more than 400 years ago, with environmental factors such as education, classroom lighting and text type thought to play a role. The discussion of these environmental factors in the aetiology of myopia still continues with recent publications on this matter. On the other hand, the role for genetic involvement was derived from data indicating ethnic influence on myopia prevalence and from twin studies that demonstrated a high concordance of refractive error in monozygotic twins.

However, rapidly increasing myopia prevalence across the world, especially in many East Asian countries (approximately 20-30% at the end of Second World War to nearly 80-90% today) and in the younger generations of Inuit and Eskimos suggests a more predominant role for environmental exposure. Furthermore, although twin studies report a high heritability of myopia, recent genome-wide-association studies have accounted for only 8 percent of the variation in refractive error. The authors explain that although the twin heritability analysis appeared to be conclusive, it can mislead due to the inherent limitations such as failing to take into account the environmental similarities or similar exposure that twins within the same family will be subject to. Furthermore, the argument for ethnic variation in myopia prevalence as support for genetic influence is considered to be misleading because the genetic variation between human population groups can be confounded by environmental variables. For example, myopia prevalence in Chinese populations varies widely based on the state of economic and educational influences.

The authors summarise that while the evidence is strong for environmental factors in the current myopic epidemic, evidence for genetic factors is not. However, this does not preclude a role for genetic factors but the balance between nature and nurture is considered to vary with environmental exposure within populations. Also, unfortunately, no one universal model can answer the question of balance between genetic and environmental factors associated with myopia. They are, however, optimistic that:

ABSTRACT
In the 19th century, the prevalence of myopia began to rise, and Cohn stressed the role of education. Later, based on twin studies, Sorsby argued that refraction was almost totally genetically determined. This became the dominant view. However, rapid increases in the prevalence of myopia were then reported, especially in East and Southeast Asia, where the prevalence of myopia in children completing secondary school is now 80–90 per cent, with around 20 per cent highly myopic, and at risk of ocular pathology. It is not possible to explain these rapid changes genetically, since gene pools cannot change that fast. Nevertheless, there are at least 200 genetic forms of myopia, but these account for myopia in only a low percentage of the population. Genome‐wide association studies have identified over 150 single‐nucleotide polymorphisms (SNPs) associated with myopia, but they account for < 10 per cent of the variation in refraction. In contrast, twin studies have given consistently high heritability estimates for myopia. The high twin study heritability may be explained by the limited environmental variation within twin pairs, combined with basic assumptions made in twin studies. The SNP‐heritability approach suggests that 25–35 per cent of the variation may be accounted for by hundreds or even thousands of SNPs. The apparent conflicts in the literature can be explained by the aetiological heterogeneity of myopia, and the fact that estimates of heritability are population-specific. It has been proposed that environmental variation is more relevant to variations between populations; however, the current differences between populations are due to changes within populations, driven by educational pressures, and limited time spent outdoors. Ethnic differences in myopia and the effects of parental myopia now seem more likely to be explained by environmental influences. Genetic studies have not yet defined molecular pathways and preventive interventions, and the predictive power of current genetic data is limited.