There are advantages to being creative when controlling the progression of myopia in children and adolescents. I believe in prescribing all appropriate tools when acting as a trusted eye care professional and the value of keeping the inner scientist on a leash. 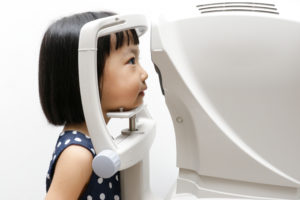 No eye care professional should expect to convince colleagues that a particular treatment for progressive myopia in a particular child will be successful for all myopic children and adolescents. Eye care professionals should be guided by science in their field and related fields. However, they should not allow themselves to be unduly restricted by only that which has been specifically studied in a randomized controlled trial (RCT). When confronted with a challenging case with several potential treatments, I will often ask the patient’s parents, “Do you want me to be your child’s scientist or their doctor?”

An eye care professional, too constrained by their inner scientist, might only offer treatments that have been specifically studied in an RCT. Often, inclusion and exclusion criteria in RCTs are very restrictive, i.e., narrow age ranges, tight spherical and astigmatic spectacle Rx ranges, mandatory wearing time, etc. Such a scientifically constrained ECP might think that the treatment would only work for the number of years in the published clinical trial because that is what was explicitly proven. There are advantages to being creative when controlling the progression of myopia in children and adolescents. I believe in prescribing all appropriate tools when acting as a trusted eye care professional and the value of keeping the inner scientist on a leash.

Is There Benefit to Changing Treatments?
While at a conference years back, I heard an ECP say that practitioners should pick the treatment best suited to their patient and stick with that treatment for the duration of myopia management, as there were no studies to prove that switching from one treatment to another, or from one power profile or design to another, would improve efficacy. In response to that, I completed a retrospective analysis of my own myopia control cases. Previously published in Review of Myopia Management,1 the analysis demonstrated that the treatment efficacy improved significantly the following year when treatments were changed from less aggressive to more aggressive. When treatment changes were judged to be neutral, there were minimal differences in efficacy noted, and when treatment moved in the less aggressive direction, changes were again minimal.

With very few exceptions, RCTs rarely allow for or call for treatment changes in the middle of the study,2 so there are limited opportunities to find scientific support for a clinical method of myopia management that allows for or calls for adjusting the treatment to the patient and in response to clinical findings over time. Treehouse Eyes, a national group of myopia care providers, has begun to systematically analyze treatment outcomes for patients having their myopia managed in their two dedicated centers with their adaptive treatment strategies. Their Clinical Algorithm for Myopia Progression (CAMP) protocol was developed using the Delphi method,3 in which a panel of subject experts was tasked with crafting a flexible and adaptable myopia management method.

The CAMP Study and Protocol
The records for 1,487 patients over three years were reviewed as part of a retrospective analysis of treatment outcomes. A total of 342 children met the inclusion criterion of having received treatment for a minimum of one year and were included in the analysis. It was an ethnically mixed population, about evenly split by sex, with an average age at the beginning of the study of 10.84 (0.14) years. The mean age of onset of myopia (among those [312] who knew their age of onset) was 7.47 (0.12) years. Of interest, a high percentage (55%) of the children demonstrated two or more atypical ocular findings, including 23% with peripapillary atrophy.

Patients were first classified according to risk for myopia progression based on factors likely associated with increased risk for myopia progression. Patients were classified as high risk for myopia progression if they had three or more of the following risk factors: under the age of 7, female, more myopia than -3.00D, parental history of myopia, Asian/Eastern Asian ethnicity, time spent indoors greater than three hours per day, and time spent outdoors less than two hours per day. Treatments were initially chosen based on age and risk profile. Since all treatments were available with a single global fee, the treatments could be chosen free of economic concerns. The third phase of the CAMP study, treatment modification, called for follow-up evaluations every three to six months. Treatments were modified for children who demonstrated >0.25D of cycloplegic autorefraction spherical equivalent refractive error (CSER) progression or >0.10 mm of axial elongation over any six-month period. For patients who progressed that were initially prescribed orthokeratology or soft multifocal contact lenses, atropine therapy and/or switching optical interventions were recommended.

Since myopia progression and axial elongation have been shown to decrease gradually as a child ages, any retrospective analysis of progression before and after treatment initiation will magnify the treatment effect compared to what might be found in an RCT. Virtual control groups have been proposed to better account for these age effects.4,5 In the CAMP study, Nixon and Brennan’s model of predicted CSER and AL changes in Asian and non-Asian myopes derived from a meta-analysis of data from 63 randomized clinical trials,6 and it was used to compare CSER change and axial elongation between the overall treatment algorithm and the predicted values from the virtual control group.

The Takeaways
Children treated with the algorithm displayed significantly less change in refractive error (OrthoK patients were excluded for refractive error analysis) and axial elongation than those predicted for age- and ethnicity-matched myopic virtual controls during the study period. Excluding OrthoK sub-groups, CSER was 0.64D, 0.76D, and 0.86D less myopic in treated children over 12, 24, and 36 months, respectively. Axial elongation was 0.10 mm, 0.18 mm, and 0.29 mm less in children treated with the CAMP protocol over 12, 24, and 36 months, respectively. The differences in axial elongation between treated children and the age and ethnicity match myopic virtual control group values are known as the CARE (Cumulative Absolute Reduction of axial Elongation) value, which has been proposed by Brennan et al. as a gold standard for evaluating the efficacy of myopia interventions.7 Overall, the average axial elongation observed in children treated was approximately the same as that expected in emmetropic children at around 0.10 mm/year (0.13 mm, 0.12 mm, and 0.06 mm at 12, 24, and 36 months of treatment).8

This retrospective cohort analysis supports that an evidence-based treatment algorithm is effective in slowing myopic progression and axial elongation in a clinical setting. More than half of children who received treatment experienced less than or equal to -0.25D of refractive error progression per year, and approximately half experienced less than or equal to 0.10 mm of axial elongation per year.