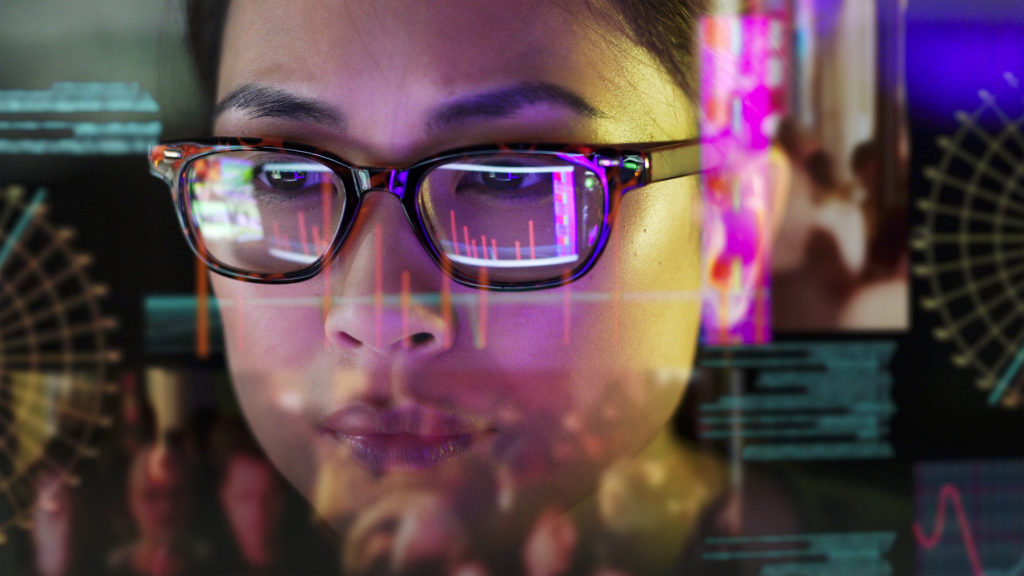 Myopia was previously thought to be a simple refractive condition correctable by glasses and contact lenses with limited visual consequences. We know now this is simply not the case; the condition is increasingly associated with a heightened risk of permanent vision impairment.1

A groundbreaking 2016 study by the Brien Holden Vision Institute on the global prevalence of myopia and high myopia since 1995 found that myopia affected 23% of the world’s population, or 1.5 billion people, in 2000.2 Using the data they obtained to predict what the future prevalence of myopia looks like, the team cautioned that half of the global population—that’s five billion people—could be affected by 2050.2 To make matters worse, while only 3%, or 163 million people, had high myopia in 2000, this percentage is expected to increase to 10% by 2050.2 That means one billion people could be at risk of permanent vision impairment and blindness, which would make myopia the leading cause of blindness worldwide.2

Luckily, the researchers narrow in on the problem by shedding light on what is causing this shift, which demographic is experiencing the greatest impact and what can be done about it. Environmental influences and lifestyle changes—such as reduced time outdoors, increased near activities, higher-pressure educational systems and greater electronic device usage—are two of the biggest factors at play.3 In 2000, myopia was occurring for the most part in patients younger than 40, indicating that these factors mainly affected this demographic.2

Moving forward, ECPs must better understand the risk factors associated with myopia onset and progression by regularly monitoring population trends and characteristics.1 In terms of treatment, ECPs have several routes they can take, including optical interventions, such as bifocal glasses, multifocal soft contact lenses and ortho-K to slow axial elongation, behavioral strategies, including reduced near work and more time outdoors, and pharmacological agents like low-dose atropine.1

If practitioners don’t assert control, myopia’s inexorable growth could eventually leave most patients either affected directly or at least indirectly feeling its consequences through the effects on a family member. 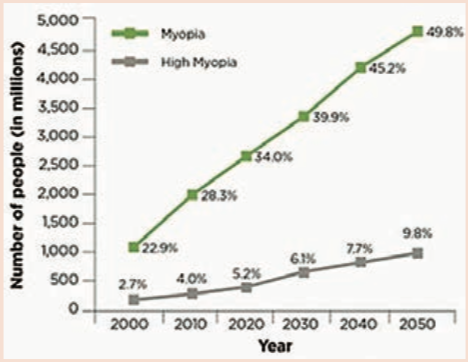