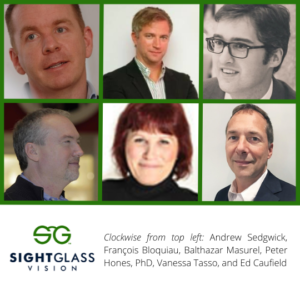 Sedgwick was most recently Senior Vice President, Commercial Strategy for CooperVision. He has also held posts as President of CooperVision’s European and Americas regions during his two decades with the company. Bloquiau previously was CFO of EssilorLuxottica Brazil, after holding senior finance and management roles with Essilor, as well as for major retail, entertainment, and financial services corporations. Masurel most recently led global myopia control and presbyopia marketing for Essilor. Before that, he spent eight years with Johnson & Johnson Vision in business development and marketing positions.

“Commercialization of Diffusion Optics Technology is progressing in collaboration with our distributors, including the first European launch in the Netherlands and planned introductions for other markets this year,” said Sedgwick. “We are backed by a talented and growing team recruited from across the eye care profession — including the senior leaders announced today — and will be adding even more people in the coming months.”

This follows a joint venture established between CooperCompanies and EssilorLuxottica to accelerate commercialization of spectacle lenses from SightGlass Vision.