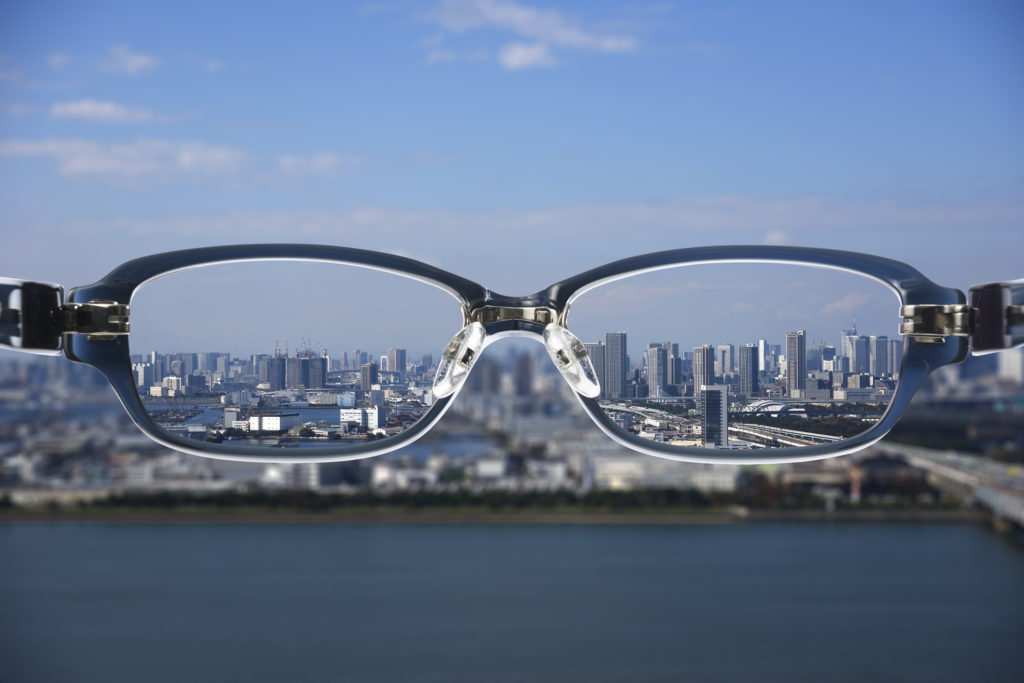 PALO ALTO, Calif. – SightGlass Vision, Inc., a medical device company developing spectacle lenses to slow the progression of nearsightedness or myopia in children, today announced that baseline data from CYPRESS, the company’s pivotal trial assessing the safety and efficacy of novel lenses designed to control nearsightedness in children, will be presented at the 17th International Myopia Conference 2019, held September 12 to 15, 2019 in Tokyo, Japan (“Spectacles and Ortho K” poster session on Saturday, September 14, 2019).

CYPRESS (NCT03623074) is a multi-center, double-masked, randomized controlled pivotal clinical study taking place at 14 sites in the United States and Canada. Two hundred fifty-six subjects met enrollment criteria and were dispensed either control lenses or one of two novel lens designs. Study participants had an average age of 8.7 years (SD ± 1.2 years) (including fractional component of age) and average refractive error of -2.01 D (SD ± 0.9 D) at baseline. Randomization was stratified by age and refractive error. Study participants will be followed for a total of three years. The primary objective of CYPRESS is to compare axial length and spherical equivalent refraction change from baseline after using spectacles containing the novel lens designs to control lenses. Data from the 12-month analysis of CYPRESS will be available in Q2 2020.

“Myopia is increasing dramatically, and millions are at risk of vision-threatening complications due to high myopia. New therapies that are safe and effective in preventing myopia progression are urgently needed, particularly in young children. We are extremely pleased CYPRESS has been fully enrolled, with demographics representative of the target population. We look forward to the results of the planned interim analysis next year,” said Jay Neitz, Ph.D., Professor and Research Director, Department of Ophthalmology, and co-director, Neitz Lab, University of Washington.

Data will also be presented from the WALNUT study, the company’s prospective, randomized, subject-masked, three-arm clinical study of 21 healthy myopic (-1.00 to ‑4.00 DS) children aged six-to-12 years old who were habitual spectacle wearers. Study participants were randomized to one of three lens designs for two weeks. Lenses were designed to modulate contrast in the periphery of the visual field at three different levels. The primary outcome variables were distance visual acuity, contrast sensitivity, and subjective responses of acceptability assessed using a questionnaire. Other outcome variables included a parent questionnaire, near visual acuity, and axial length measurements.

Results from WALNUT showed that all three lens designs were well tolerated and found no differences between any of the lens designs for high-contrast, high-illumination distance and near acuity, high-contrast, low-illumination distance acuity or contrast sensitivity. Results from the subject questionnaire indicated that the study participants’ experience with lens designs 1 and 2 were similar to each other and to their habitual spectacles. Of note, all three lens designs showed a trend toward reduction in axial length over the two weeks of lens wear, with lens design 1 reaching statistical significance in both eyes (p<0.05). The axial length reductions noted in WALNUT are consistent with a therapeutic effect of slowing myopia progression.

Joe Rappon, OD, MS, FAAO, Chief Medical Officer at SightGlass Vision, added, “Results from the WALNUT study were used to select the spectacle lens designs tested in CYPRESS, which completed enrollment in March 2019. We look forward to reporting the planned, one-year interim analysis from CYPRESS in Q2 2020, followed by additional data with longer-term follow up.”

Myopia – a Problem of Global Epidemic Proportions
Nearsightedness or myopia is a condition that occurs when the light coming into an eye doesn’t focus on the retina, but in front of it, making things look blurry. For most people, myopia is usually a minor inconvenience and is correctable. However, high myopia increases the risk of serious eye conditions such as retinal detachment, glaucoma, and the early development of cataracts, making it one of the leading causes of visual impairment and blindness.

Myopia has seen a dramatic increase in prevalence over the past several decades. In the early 1970’s, only 25 percent of Americans were nearsighted. By the early 2000’s, that number had jumped to more than 40 percent. Today, the number of nearsighted people is at epidemic proportions globally. Myopia is the leading cause of irreversible blindness in parts of Asia. Most alarming is approximately half of all young adults in the U.S. and Europe are nearsighted – double the number from when their grandparents were the same age. And in China, about 80 to 90 percent of teens and young adults are myopic, up from 10 to 20 percent just 65 years ago. It is estimated that almost half of the entire world’s population, or five billion people, will be nearsighted by 2050. This increase is thought to relate to lifestyle changes, including less time outdoors and more eye-straining or work-related activities such as reading and screen time.

It has been well established that myopia often progresses rapidly during childhood. Myopia progresses into the teen years and early adulthood, leaving many with significantly impaired sight or even serious eye conditions that can cause blindness. This results in the need for stronger prescription glasses and increases the risk of potentially blinding conditions such as glaucoma and retinal detachment in adulthood. Glasses and contact lenses currently available in the U.S. only correct myopia, but do not help prevent it from getting worse. Early intervention is key to preventing high myopia from developing.

About the CYPRESS Trial
The CYPRESS trial is a multicenter, double-blinded, randomized, controlled clinical trial that enrolled and dispensed lenses to 256 patients aged six-to-10 years old across 14 clinical sites in the U.S. and Canada. The primary outcome measure is progression of myopia (change in axial length and change in spherical equivalent refraction) over 36 months. Trial participants are using one of three types of lenses instead of their normal glasses. The eyeglasses used in the study are provided at no cost. Study participants are being financially compensated for time and travel expenses and are receiving comprehensive eye care at no cost during the study duration.

About SightGlass Vision, Inc.
SightGlass Vision, Inc. is a clinical-stage medtech startup company focused on ending nearsightedness (myopia). Headquartered in Palo Alto, CA, SightGlass is developing innovative spectacle lenses to reduce the progression of myopia in children. Based on groundbreaking research from the University of Washington, SightGlass was founded in 2016 by Professors Jay and Maureen Neitz, who are world-renowned vision researchers, and Dr. Thomas Chalberg, a serial entrepreneur in the biotechnology and medical device sectors. For more information, please visit www.sightglassvision.com.