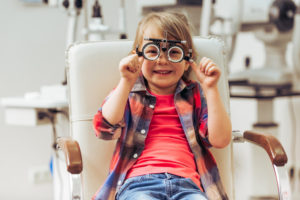 Due to the rise in the global prevalence of myopia and the associated burden, there is a need to understand the impact of widely used strategies to manage myopia and their impact on the progression of myopia. Multiple surveys conducted over the years have indicated that a common strategy used to manage myopia is to simply correct the refractive error. Furthermore, many practitioners continue to undercorrect myopia. The premise is that undercorrection of myopia results in myopic defocus, which in animal models has been shown to slow the progression of myopia. Similar questions have been raised around uncorrection or no correction of myopia. However, there has been no evidence that indicates that these measures help slow myopia progression.

Logan and Wolffsohn conducted a systematic review and meta-analysis of the evidence to better understand the relationship between under and overcorrection of myopic refractive error and myopia progression in children and adolescents aged up to 18. Eight prospective cohort studies and one retrospective analysis were included in the review.

Their analysis indicated conflicting results with undercorrection of myopia; while few studies showed no difference in myopia progression, most indicate an acceleration or increase in myopia progression compared to those fully corrected. There were few studies exploring no correction (only two). The results were equivocal, with one study reporting faster progression and the other reporting less progression. Similarly, a single study systematically studying monovision found slower progression, whereas another reported faster progression. In summary, the authors concluded that given the lack of support for any of the above strategies to slow myopia, uncorrected, monovision, and overcorrection are not beneficial and advise for full correction of myopia.