The third wave of the Jobson Optical Research survey measuring trends and attitudes on coronavirus showed that the closings and concern have created considerable personal and business-related stress among the 1,295 respondents. In a new question asking respondents to rate their personal level of stress on a 10-point scale with 1 as lowest and 10 as highest, about 56 percent rated their stress level at 7 or higher. 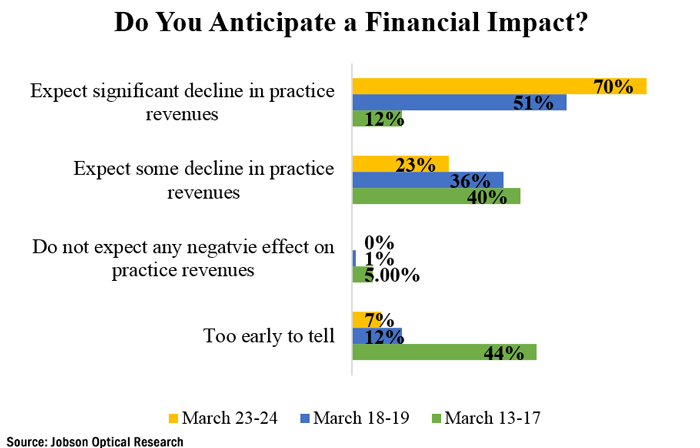