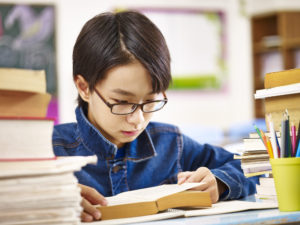 Defocus incorporated multiple segments (DIMS) spectacle lenses have been used to induce myopic defocus in the peripheral retina as an intervention to stop or slow myopic progression in children.

The change in SER and AL in the two groups was not statistically significant in the third year. The researchers suggest that DIMS wear successfully controls myopic progression irrespective of wearing them for one or three years. The change in myopia in both groups was significantly less than in the historical control group. The researchers plan to follow up on those participants who discontinued DIMS wear to see if a rebound in myopia progression occurred.

Conclusions: Myopia control effect was sustained in the third year in children who had used the DIMS spectacles in the previous 2 years and was also shown in the children switching from SV to DIMS lenses.