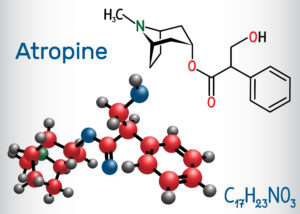 Myopia is the most common refractive error worldwide and is estimated to rise to affect about 50 percent of the global population by the year 2050.1 Higher levels of myopia are associated with vision-threatening complications such as retinal detachment, macular degeneration, cataract, and glaucoma.2 Hence, many strategies, i.e., optical, environmental, and pharmaceutical, have been investigated for their ability to slow myopia, and presently, a number of them are widely adopted. Among all the strategies assessed to date, atropine was considered the most effective, and presently, low dose atropine (0.01 percent) is widely used to slow myopia. Despite common use,3 the mechanism underlying the efficacy of atropine in slowing eye growth remains unclear. The aim of this review is to discuss the various hypotheses for the proposed mechanism of action for atropine and present a summary of some of the studies that have been considered so far.

Via muscarinic receptor pathways in the retina
It was considered that atropine might be exerting its effect by altering retinal neurotransmission. In chicks, an increased eye length and myopia were found in the presence of damaged retinal ganglion cells, photoreceptors, and amacrine cells6; however, contrary to expectations, ablation of the amacrine cells did not prevent atropine from inhibiting axial elongation.7

Muscarinic receptors are also found in the retinal pigment epithelium, a layer that is involved in transferring the signaling cascade toward the target tissue—i.e., the choroid and/or the sclera.8,9 Atropine was found to increase the release of dopamine but reduced the electroretinogram (ERG) b and d waves and dampened oscillations of retinal pigment epithelium (RPE) potentials. It was suggested that by dampening vital functions of the retina, atropine boosts dopamine release from cellular stores, which then controls eye growth.10 Indeed, in many experimental animal studies, the use of either dopamine or nonselective dopamine receptor agonists was found to inhibit the development of myopia.11,12

Additionally, a study in chicks found strong support for muscarinic antagonists exerting myopia inhibition via M4 receptors that are likely located in the retina.13 These pathways need to be explored further.

Via muscarinic receptor pathways in the choroid
Atropine resulted in rapid and transient choroidal thickening and inhibited eye growth, and it was suggested that the two responses, i.e., choroidal thickening and eye growth, may be linked.14 In more recent studies, administration of 1 percent and even 0.01 percent atropine resulted in an increased sub and para-foveal choroidal thickness. This increase in thickness was considered to be related to either a) blockage of accommodation resulting in less contraction of the choroid; b) loss of excitatory input to the choroidal non-vascular smooth muscle resulting in less contraction, or c) possibly due to the cross-reactivity of atropine resulting in blocking of other receptors such as α-adrenoreceptors.15,16 Furthermore, atropine was found to inhibit choroidal thinning induced by hyperopic defocus.14,17

Via muscarinic receptor pathways in the sclera
There is also a view that sclera is the target site for myopia inhibition with atropine. The synthesis of glycosaminoglycan, of the scleral extracellular matrix, was inhibited by atropine in studies involving scleral tissue from chicks.8 Although atropine was toxic to the scleral chondrocytes at high concentrations, the finding of a reduction of synthesis of glycosaminoglycans opens up another pathway via which atropine may be exerting its effects.

Via other receptors present in the eye
Another consideration is that atropine may be exerting its effect via mechanisms other than blocking muscarinic receptors. The evidence for this comes from multiple lines of investigations. Firstly, only certain muscarinic antagonists inhibit myopia while the majority fail to do so. Other than atropine and pirenzepine, only oxphenonium prevented form-deprivation myopia (FDM) in chicks, whereas compounds, for example, mepenzolate, procyclidine, methoctramine had no effect.8 Secondly, as said previously, atropine was found to affect the glycosaminoglycan synthesis of isolated chicken scleral tissue.8 Additionally, there was cross-reactivity of some muscarinic antagonists with adrenergic receptors. For example, MT3, a muscarinic antagonist, binds not only to muscarinic receptor M4 but also to  α1A-, α 1D-, α 2A-adrenoceptors.18 Also, α2-adrenergic receptors found in human retina19 may also play a role in regulating dopamine synthesis, which affects ocular elongation.11 20

In summary, the mechanism underlying atropine’s efficacy in slowing eye growth is unclear, but it is possible that atropine may be exerting its effect by more than one pathway. An improved understanding of the mechanism and target pathways will provide better ways to administer the compound. Furthermore, knowledge of the mechanism will help identify the individuals who are likely to get better treatment and improve the understanding of potential side effects. 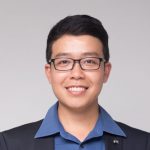 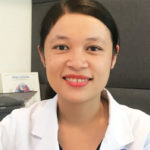