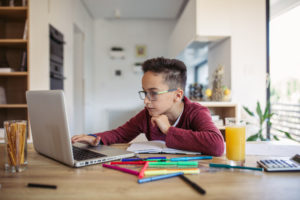 Environmental factors to slow myopia are widely investigated. Huang et al., 2019 indicated that an interesting protective relation exists between onset and progression of myopia with near-working distance, continuous near-work time, and outdoor time. According to their study, farther or longer near-working distances might be as important, if not marginally more, than breaks within continuous near-work and longer time spent outdoors. Huang et al. 2019 based their findings on data from the Myopia Investigation Study, a population-based cohort study conducted in Taipei City / Taiwan since 2013. A total of 10,743 emmetropic and myopic students aged 9 to 11 years were enrolled and examined every six months. Students’ visual behaviors were reported by their parents on an annual basis via questionnaires that were then correlated with myopia progression over two years. Three factors (longer near-work distance, discontinuation or break from near-work, and more outdoor activity) significantly affected myopia incidence. Of the three factors, a near-work distance farther than ≥30 cms was more protective for myopia prevalence (RR 0.71), compared to time spent continuously on near-work at ≤ 30 min (RR= 0.76) and more outdoor activity during recess (RR =0.76).

Additionally, there was significantly less progression for near-work distances >30 cm, continuous work ≤ 30 min, and more outdoor time during recess.  The study’s strength lies in the large data sample and the longitudinal nature of the investigation; children were assessed every six months for two years. Distance of near work was previously under investigation but was difficult to determine with precision. The study suffers from limitations such as reporting bias from questionnaires.  Additionally, the influence of myopia treatment, if any, was not considered due to data unavailability. Furthermore, it may be that the variance in myopia prevalence at study commencement might account for the variances in progression rates because those with early-onset progress faster.

Protective behaviours of near work and time outdoors in myopia prevalence and progression in myopic children: a 2-year prospective population study

Aim: To investigate the protective behaviours of longer near work distance, discontinuing near work and more time outdoors in recess from parent self-report in the myopia prevalence and progression among myopic children aged 9–11 years.

Results: Children with persistent protective behaviour had significant lower prevalence of myopia. The protective impact was statistically significant from 6 to 24 months. In 2 years follow-up, risk ratio after adjusting the background variables and the other two behaviours in near work distance, near work time and outdoor time were 0.71, 0.89 and 0.77. In SE analysis, after adjusting the other two behaviours, near work distance >30 cm (−0.7 vs −1.04 D; p<0.001), discontinuing near work every 30 min (−0.77 vs −0.96 D, p=0.005) and more time outdoors in recess from parent self-report (−0.75 vs −0.98 D; p=0.012) revealed protective impacts on diminishing myopia progression from 6 to 24 months.

Conclusion: In myopic children aged around 10 years in Taipei, longer distance in near work, discontinuing near work every 30 min and more outdoor time from parent self-report are protective behaviours in myopia prevalence. 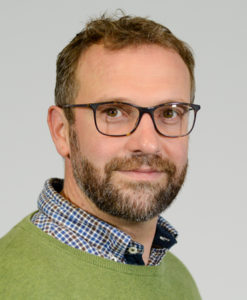 Peter Wagner is currently a PhD candidate at the University of New South Wales. In conjunction with BHVI and using his extensive background in software development, he is currently investigating the effects of optical focus on vision, which may help understand why children become short-sighted.