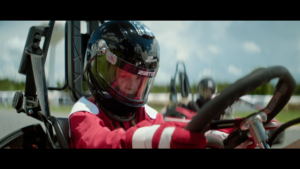 ST. LOUIS — In August, the Global Myopia Awareness Coalition (GMAC) launched “Little Kid License,” a social media campaign with the goal of raising awareness of myopia and the available treatments. Now, the organization has collected the engagement results from last month’s promotions.

The campaign included several different marketing efforts: the “Little Kid License” campaign video, a survey of more than 1,500 parents about their children’s eye health, radio and TV interviews with campaign spokesperson Millicent Knight, OD, posts from social media influencers, and a partnership with Brandpoint to boost the reach of the campaign video.

In the last month, the campaign has received 265 million impressions from the combination of different outlets, and the campaign video was viewed nearly 1,000 times.

“We are thrilled with the results of our latest public awareness campaign in the U.S.,” said Matt Oerding, GMAC Board Member. “We exceeded all our campaign metrics including number of impressions, media coverage, and message playback.”

Partnering with social media influencers proved to be an effective marketing method, as this ensured that the messaging not only reached wide audiences, but it was presented in an easy-to-access and easy-to-understand format. Followers were most likely to respond to seeing influencers interacting with their own children about their eyesight, as relatable, real-life stories garnered the most attention on social media. Comments on these posts ranged from messages of gratitude for spreading awareness about the topic, plans to book an eye exam, and thoughts on the importance of regular eye exams for kids.

“Little Kid License drove strong awareness and consideration of key myopia messaging through its multi-pronged execution and back-to-school timing,” GMAC wrote. “Key wins include cohesive messaging to strengthen credibility and resonance with influencers’ audiences who understand and appreciate the importance of vision exams and asking their doctor about new treatment options.”

From the TV and radio side, Dr. Knight did nearly two dozen interviews for viewers and listeners in New York, Seattle, San Francisco, Baltimore, and Norfolk. These clips aired nearly 750 times and contributed to more than 20 million impressions on social media. Dr. Knight’s expertise also led to coverage in popular publications, including Review of Myopia Management, Vision Monday, and Optometry Today, all of which helped to spread this message even further.

GMAC’s relationships with Brandpoint and other industry affiliates were also beneficial in the campaign launch. Combined, the two entities brought the campaign to an audience of more than 244 million people on nearly 900 different networks.

“GMAC’s mission is to educate the public about childhood myopia and treatment options, and the results show this campaign continued to deliver on that mission,” Oerding said. “We will build on this with another public awareness campaign in the U.S. in November/December, continuing to reach out to parents with this important message.”