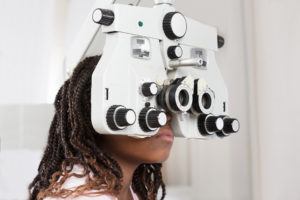 The results indicate that even in young adults there are significant differences in SE and spherical component between non-cycloplegic and cycloplegic autorefraction (difference of approximately 0.40D with the most significant difference in hyperopes and least in high myopes); however, the cylindrical component of the refraction was not affected. More positive (or less negative) refractions were associated with cycloplegia. Additionally, the results for change in SE and sphere were comparable between cyclopentolate and tropicamide. These findings indicate the need for cycloplegia in young adults and suggest that tropicamide can achieve a cycloplegic effect comparable to cyclopentolate in young-adult myopes with dark irides.

Background: To evaluate the necessity of cycloplegia for epidemiological studies of refraction in Chinese young adults (aged 17–22 years) with dark irises, and to compare the cycloplegic effects of 1% cyclopentolate and 0.5% tropicamide in them.