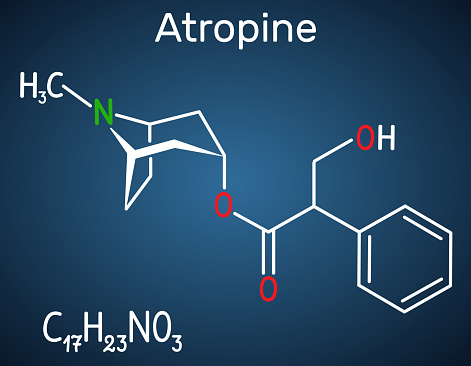 This study had two phases. Children under 12 years old with refractive error ranging from -1.00D to -5.00D were included in phase one of the study. Upon a successive comprehensive ophthalmic examination, they were fitted with ortho-k lenses in both eyes. Axial length (AL) was measured at baseline and every six months after the ortho-k lens wear. Participants who had 0.25mm/year axial length change were recruited in phase two of the study. The participants were prescribed low-dose atropine (0.01%) applied once per night, 30 minutes before ortho-k lens insertion. AL measurements were repeated every six months after the atropine use. In a previous study by the authors, 64 subjects completed the two-year study in which they were treated with ortho-k lenses only (no atropine use). Twenty-nine out of the 64 subjects had axial elongation of 0.25mm or greater in the first year and were identified as the control group for this study.

The participants (n=60) had a baseline spherical equivalent refractive error (SERE) and AL of −2.65 ± 1.08D and 24.34 ± 0.92mm, respectively. After the first year of ortho-k treatment, the mean AL increased to 24.80 ± 0.87 mm, with a mean axial growth of 0.46 ± 0.16 mm. Axial elongation rate was significantly correlated with baseline age, being much faster in younger children as compared to the elder group. After one year of combined treatment of ortho-k and atropine, AL increased from 24.80 ± 0.87mm to 24.94 ± 0.88mm, with a mean axial growth of 0.14 ± 0.14mm. The rate of axial was much slower in phase two than phase one of the study (t=−11.988, P < 0.001). Reduction in axial elongation rate during phase two was more significant in children who experienced faster axial growth in phase one but was not correlated to baseline age or SERE.

This retrospective analysis concluded that the addition of low dose atropine to the ortho-k treatment paradigm does decline the rate of myopia progression. However, optimal treatment duration and ideal starting age remain unclear. Further clinical studies are warranted to elucidate these issues.