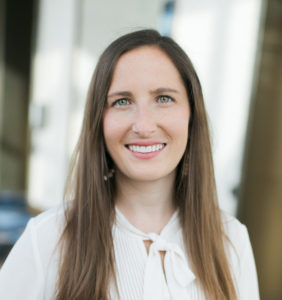 Carlee Young, OD, FAAO, hopes soon to be doing what many ODs around the country are still not able to do, which is to see patients again, the way things used to be.

“We are keeping our fingers crossed to reopen on May 4,” she says. Maybe that will happen, but uncertainty is everywhere when it comes to how practices will restart.

Dr. Young is one of eight ODs at Frisco Eye Associates, a Vision Source member practice with two locations in Frisco, Texas, 29 miles north of Dallas. Nearly all her patients are children so it’s no surprise that her passion is pediatric optometry and myopia care.

Dr. Young’s practice closed both its offices in mid-March after local county government issued a shelter-in-place order. Since then, no patients have been allowed in either location, though the ODs do provide emergency care to all who need it, and the staff hands out contact lens orders or new spectacles, via curbside delivery only.

Texas Gov. Greg Abbott is pushing for the state to be among the earliest states to reopen some businesses. So businesses, including essential healthcare providers in Texas, are likely to be among the first nationwide to reopen. But nobody is yet sure what that means, or if the rules will change.

Now they will operate on and A and B schedules, which means ODs and staff will be assigned to work at each location with the same people. So if COVID-19 emerges, its spread might at least be confined to a single location.

“If feels like we’re opening brand new because we’re going back to normal 8 to 5 hours, and we’re spreading patients out, so that it will be 14 patients in a day versus 25 in a day,” she says. “And we’re implementing fever checks and then going directly to the exam.”

Pediatric patients will have more restrictions too. Dr. Young says the typical appointment before the virus struck was for a child to arrive with maybe a parent or two, a couple of siblings and even grandparents. But now there will be no more “posses” as she calls them. Adults can enter the practice alone, and pediatric patients can have just one adult with them.

Dr. Young, who launched the practice’s pediatric care therapy, is handling the temporary challenge of not being able to see pediatric myopia patients. “For the most part what I’ve done is just extend whatever treatment they’re already on,” she says, such as atropine drops or soft multifocal contact lenses. She’ll discuss the plan with parents first. “Most of my patients are doing pretty well, and I just extended their prescription for two months and make plans for a follow-up in May.” If a child seems in need of a prescription adjustment she can do a quarter-point change, she says.

Dr. Young says the practice owners and the officer managers have done a stellar job of putting together the plans not only for closing the practice but also for how to reopen.

During the six weeks the practice has been closed, she’s treated her patients as best she can, yet it’s not the same as under normal circumstances. “For the most part what I’ve been able to do is just extend whatever treatment they’re already on,” she says. “I will talk to parents on the phone. The majority of patients are doing pretty well, and I just extended their prescriptions for two months, and we can follow up in May.”

During the weeks since the practice closed, she’s tried to stay engaged in her profession, by taking part in phone conferences with the state’s optometric association and some CE courses. She’s also updated the patient handouts she can give to patients. “It helps to get your brain thinking about optometry as much as you can,” she says.

Being away from the usual experience at the practice has been jarring too, she says. The practice closure “was so abrupt, and since then we really haven’t spent much time with our patients,” she says. “Everyone is affected in some way.”